So I’m not a huge fan of vanilla cake. It can be dry and lacking in flavor. So trust me when I say these cupcakes are worth making. 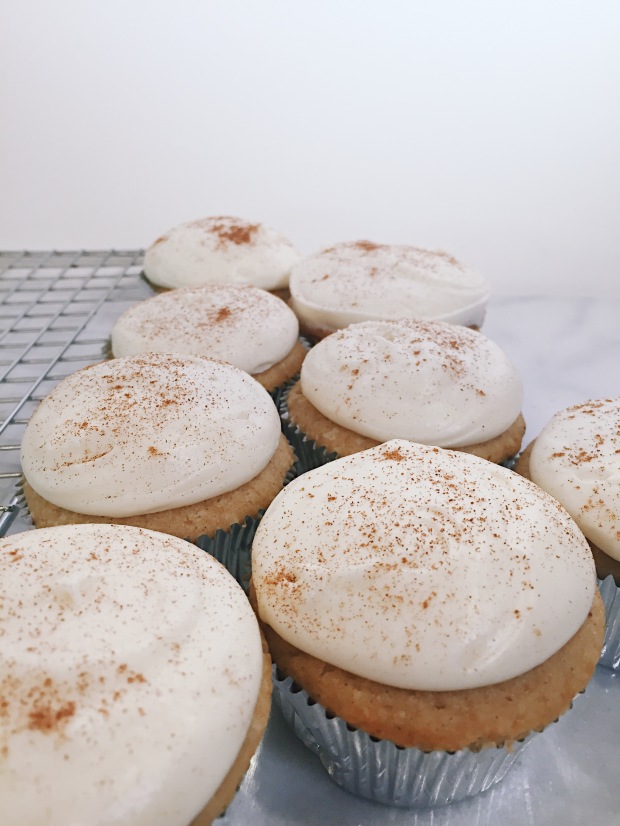 Key ingredient: Sour cream. It makes the cupcakes moist while adding a tangy flavor. To enhance the taste even more, go heavier on the spices and soak the tea bags longer (or even add another tea bag). 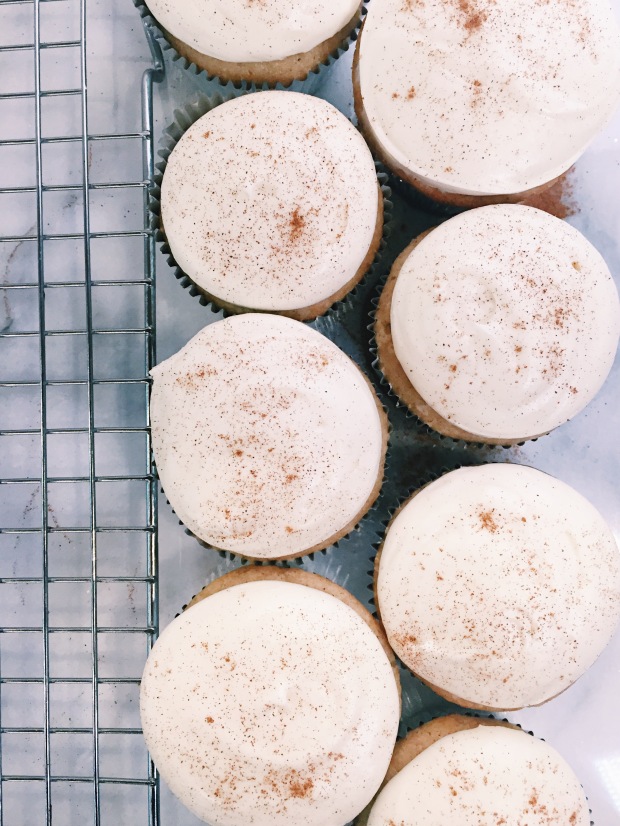 A buttercream frosting would also work really well with these, but the cream cheese frosting was a nice complement to the chai.

One thought on “Vanilla Chai Cupcakes”